The human body has a certain capacity of adaptation to environmental changes, but, since we live in areas of the planet that are so different, it would be impossible to live without buildings protection. Across the globe, there are constructions adapted to different climates and resources offered by the environment in order to achieve a better comfort. Constructive solutions depend on the following factors:

The comfort conditions in winter and summer are different, as well as in humid and dry climates. The parameters to be controlled are: temperature sensation, air movement, air humidity, air quality, illumination level and light colour. Therefore, different strategies have to be foreseen for each situation. 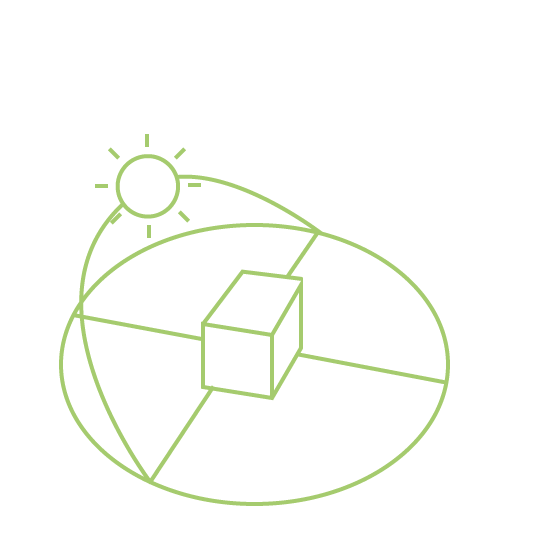 If we are located in the northern hemisphere, the ideal building orientation tends to be the south. When talking about orientation, we are referring to the façade that has more openings. A building can have the same façade surface in other directions, but if the majority of the openings are in the southern façade, the orientation considered would be the south.

During winter, the southern façade is the one that receives more solar radiation and in summer, due to the sun goes higher, it receives less. However, it still receives solar radiation and that is why is so important to have adequate solar protections. Eastern and western façades also have to be protected from solar radiation, but it is more difficult to do it since the sun goes less high. A possible option is to use vertical slats, but as it is a more complicated solution, it is better not to have too many openings in these directions.

Another element that determines the ideal orientation of the building is the wind. If it is known that there are prevailing winds in other directions, taking advantage of them for cooling the house with natural ventilation would be a good idea. Therefore, when thinking the building’s orientation, it is essential to think how to manage the solar radiation and wind. 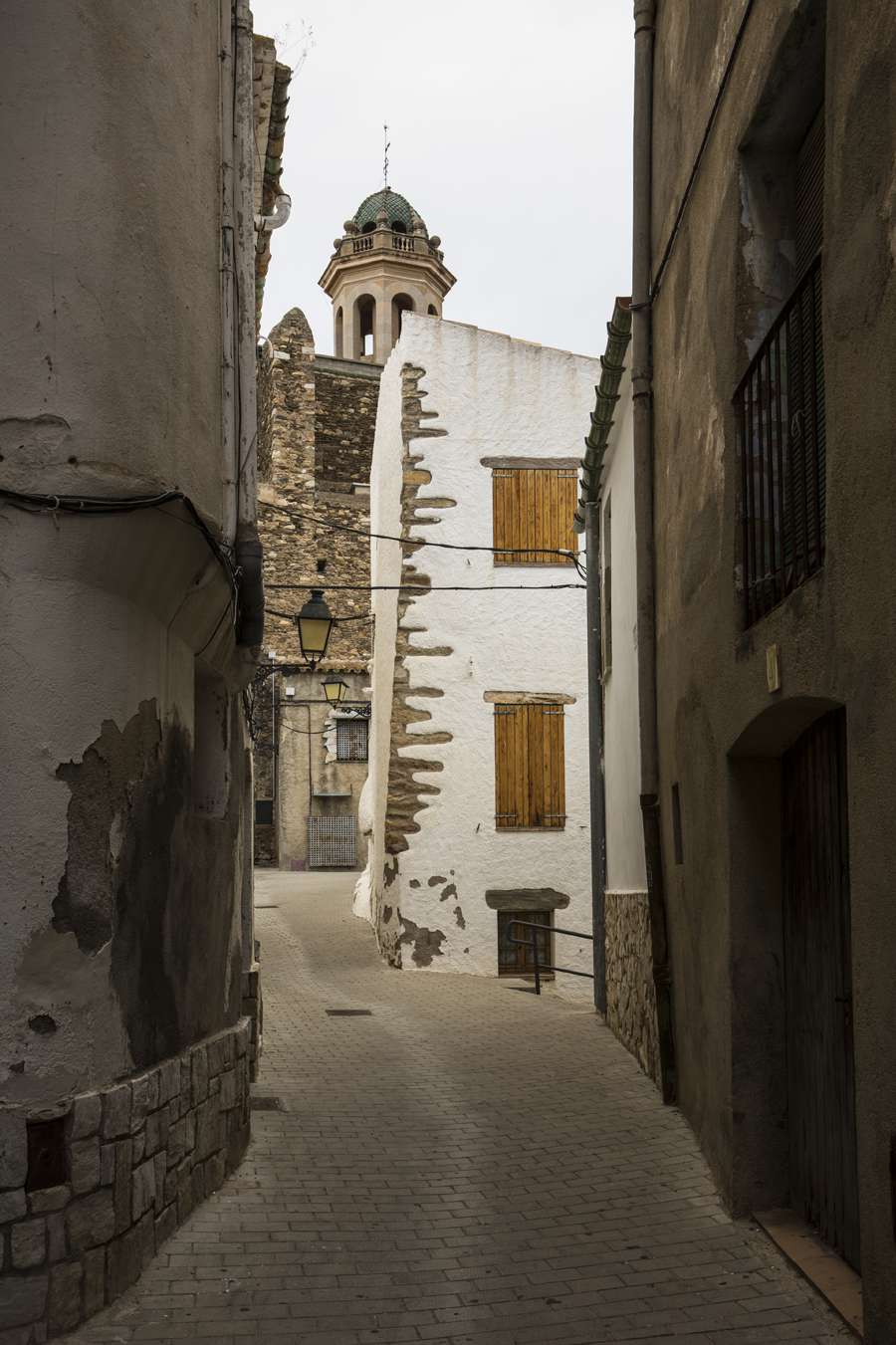 The shape factor is the relation between the surface of the thermal envelope and the volume of the building.

In both cases, there is the same volume but the envelope (façades, roofs and floor) is higher in the first case.

The smaller the shape factor, the lesser losses and gains will be produced through the envelope of the building. Even so, in residential buildings it can not be aspired to have a too low shape factor because natural ventilation and lighting will get worst due to there will be many spaces far from the façades. 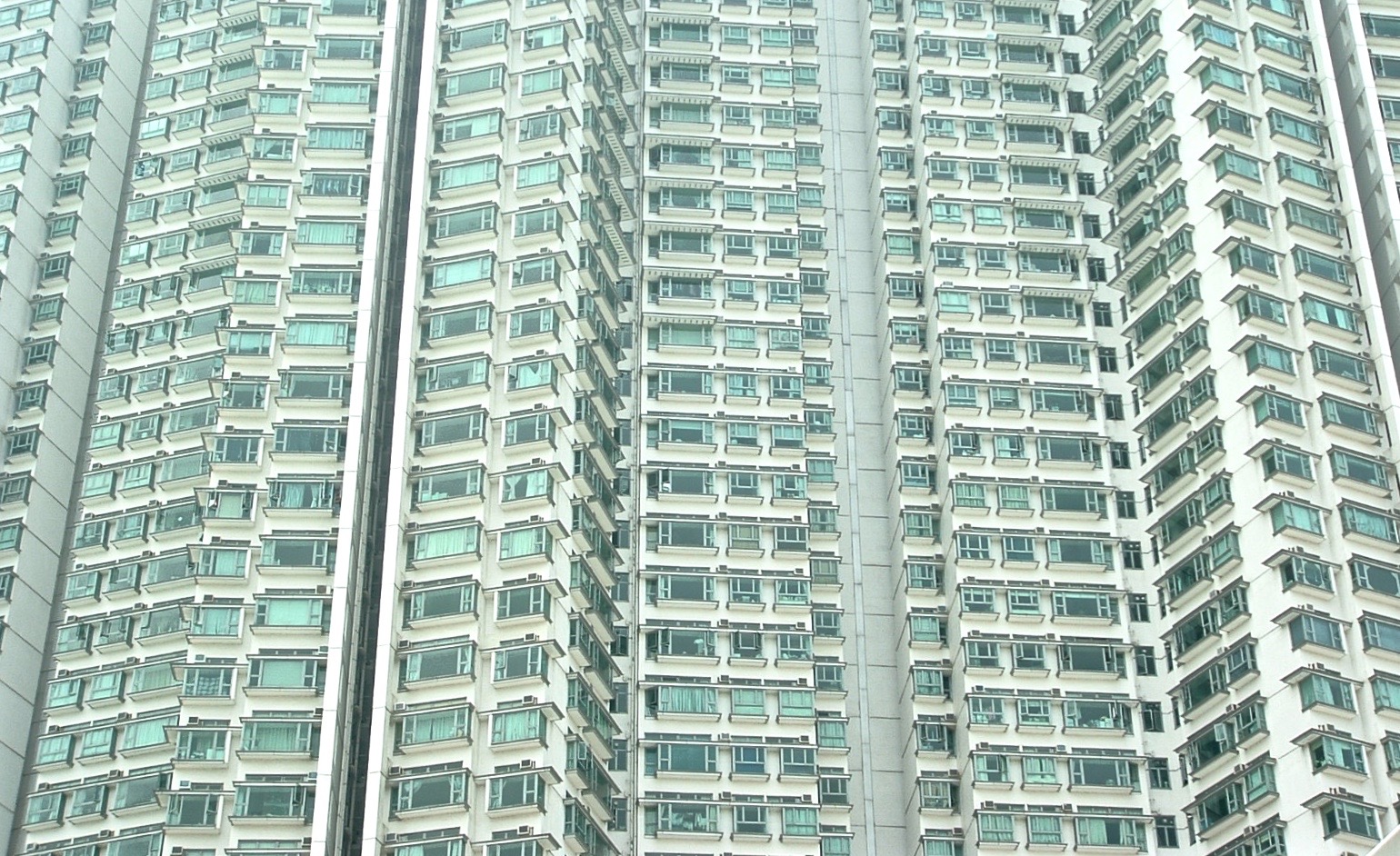 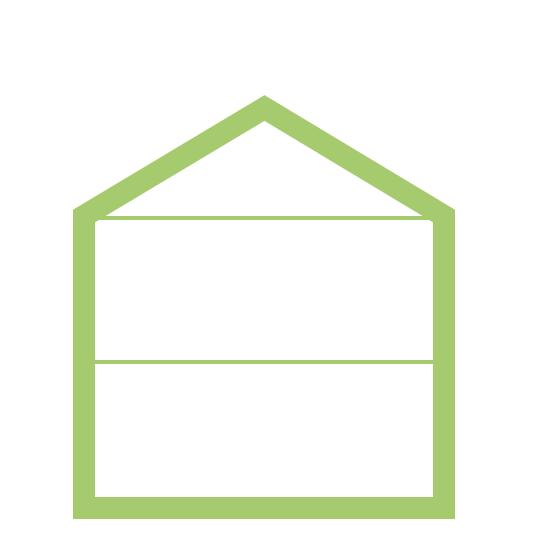 An optimal thermal insulation is fundamental to reduce the energy consumption of buildings. A poorly insulated building needs more energy to keep the indoor temperature and gets colder faster when there is not any heat source.

In warm and temperate climates, it is believed that if a building has too much thermal insulation, there will be overheating problems during the summer. This can happen when there is poor ventilation in buildings. Thus, the main key is to insulate them correctly at the same time that ensuring a correct ventilation system in the building. Then, the comfort will be high both in winter and summer and the energy consumption very low.

In building restoration, we often have limitations when insulating them correctly. The best strategy is to insulate the external part of the building to eliminate the maximum thermal bridges and take advantage of the thermal inertia of the enclosures. The most economical option, if there is an air chamber, is to fill it with insulating material. Finally, it is also possible to do an indoor insulation. In this case, as the possibilities of interstitial condensation occurrence increase, a vapour barrier is usually placed in the hot side of the enclosure.

In warm climates, it is important to insulate well the roof, which receives more solar radiation in summer, rather than the screed. In fact, in some cases it could be interesting not to insulate the screed if, after making the suitable calculations, we see that the heat dissipation from the summer compensates the heat loss during winter. Ventilated façades and roofs are also a very good energy saving strategies to avoid the overheating of the enclosures.

A thermal bridge is a discontinuity in the levels of thermal insulation of the enclosures. They can be lineal or punctual. The ones that affect the most to the thermal performance of the building are the lineal. For instance, the encounter between a roof and a façade.

It is important to make sure that there is a total continuity in the building insulation to assure a correct thermal performance. Moreover, thermal bridges can cause condensations deteriorating the indoor air quality. 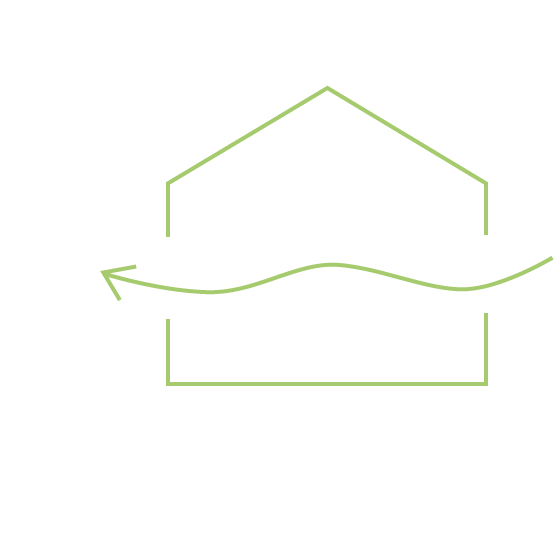 There are buildings that consume large amounts of energy even being reasonably well insulated. The reason of this waste is often an air infiltration problem. A low energy consumption building has to be very well insulated regarding the thermal conditions and air stagnation.

The strategy of making very tight buildings to save energy has become a healthiness challenge. While in old buildings with a lot of infiltrations there were almost no indoor air quality problems, in too tight buildings a mechanical ventilation system has to be installed to assure a good air quality. 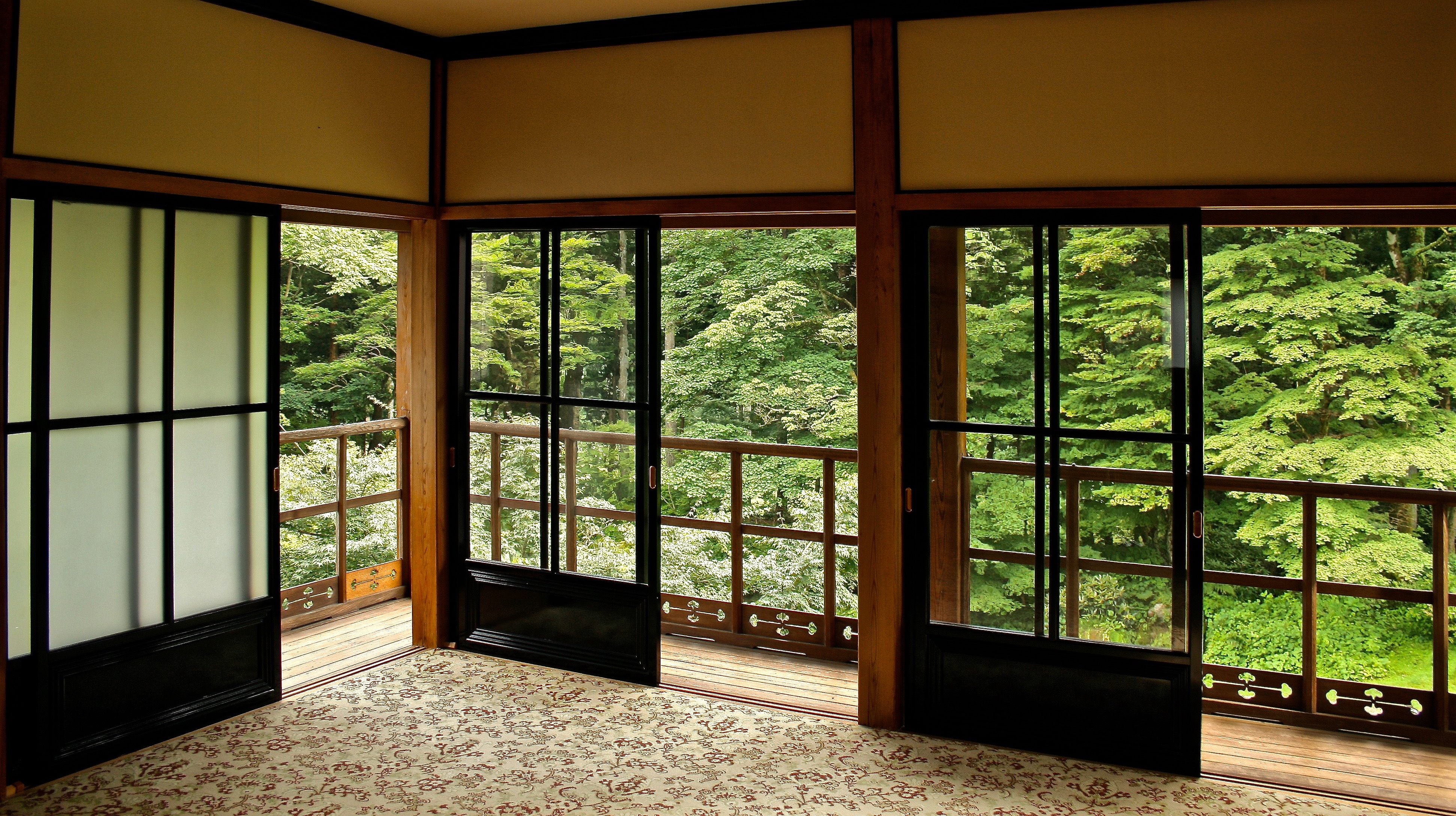 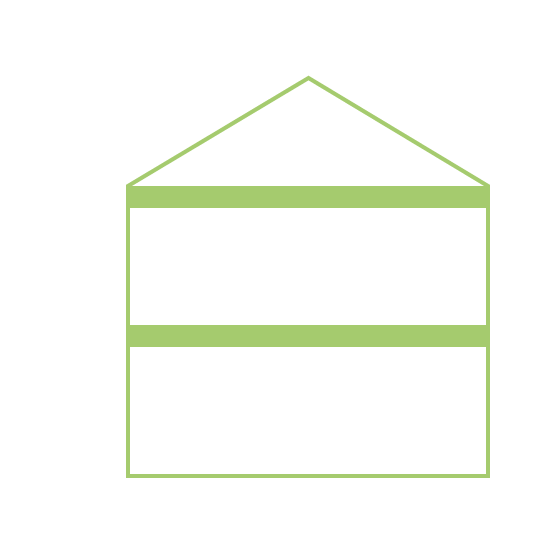 Thermal inertia is the capacity of a material to accumulate and transfer heat. A lightweight building will have little thermal inertia. Therefore, when the outdoor temperature changes, for example between day and night, the indoor temperature also changes. If, in contrast, we have elements such as heavy roofs, they can act as thermal regulators. This is because when it is hot during the day, they absorb part of the heat producing more indoor comfort. When the temperature drops at night, roofs emit that heat and the following day they can absorb heat again.

In very well insulated buildings, with a correct control of the solar radiation and with air conditioning, the thermal inertia effect is low. Hence, not always is necessary to have a high thermal inertia in buildings. 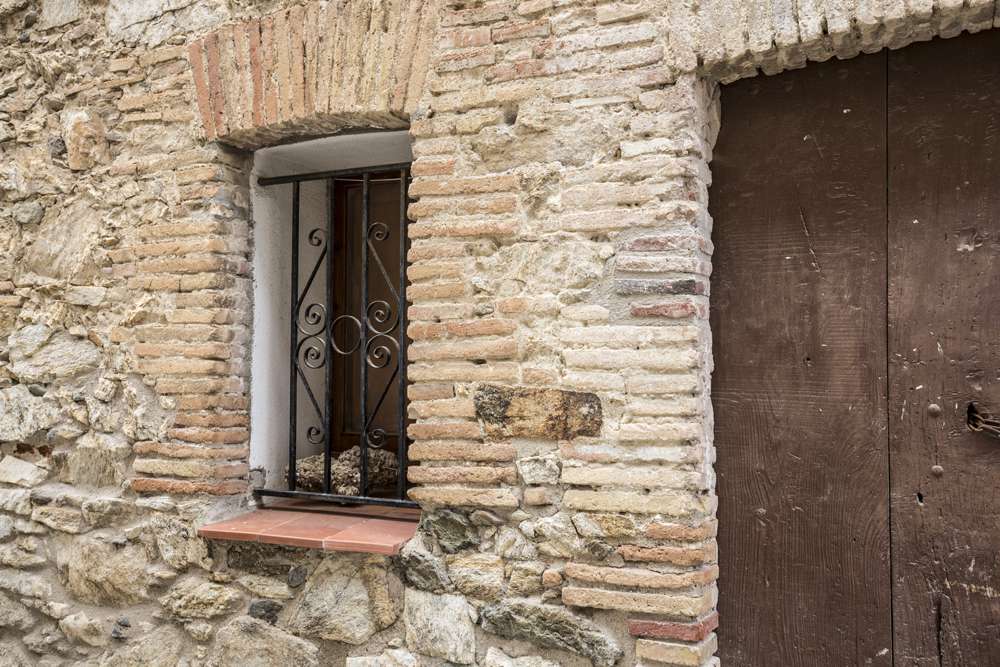 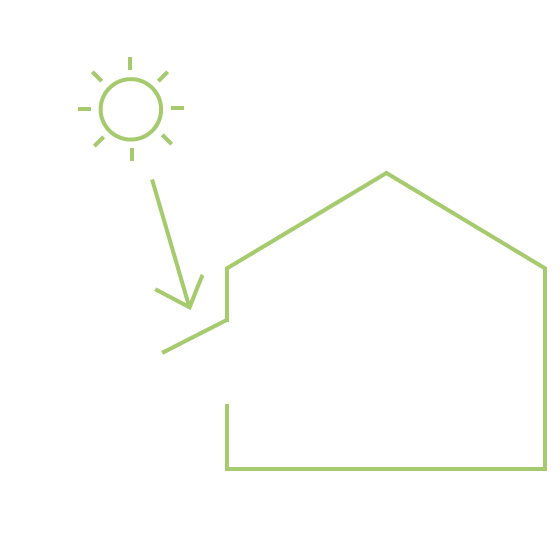 Windows play an important role in the thermal operation and lighting comfort of buildings. They are elements of direct solar radiation capture, of natural ventilation and light entrance, which are vital for the human health.

Nowadays, there are windows that work very well in regards to the thermal and standstill conditions. This can be achieved by using low-emissive glasses, triple-glazed, solar control layers and multiple anchors.

The best sun protection tends to be an awning, because it is separated from the façades surface and does not affect ventilation. In case of having window blinds, it would be necessary to ensure that they do not generate thermal bridges and air infiltrations. A good solution is the use of motorised adjustable slats. Then, there is neither generation of thermal bridges nor problems of air infiltrations because the use of the belt of the conventional windows blinds is avoided. 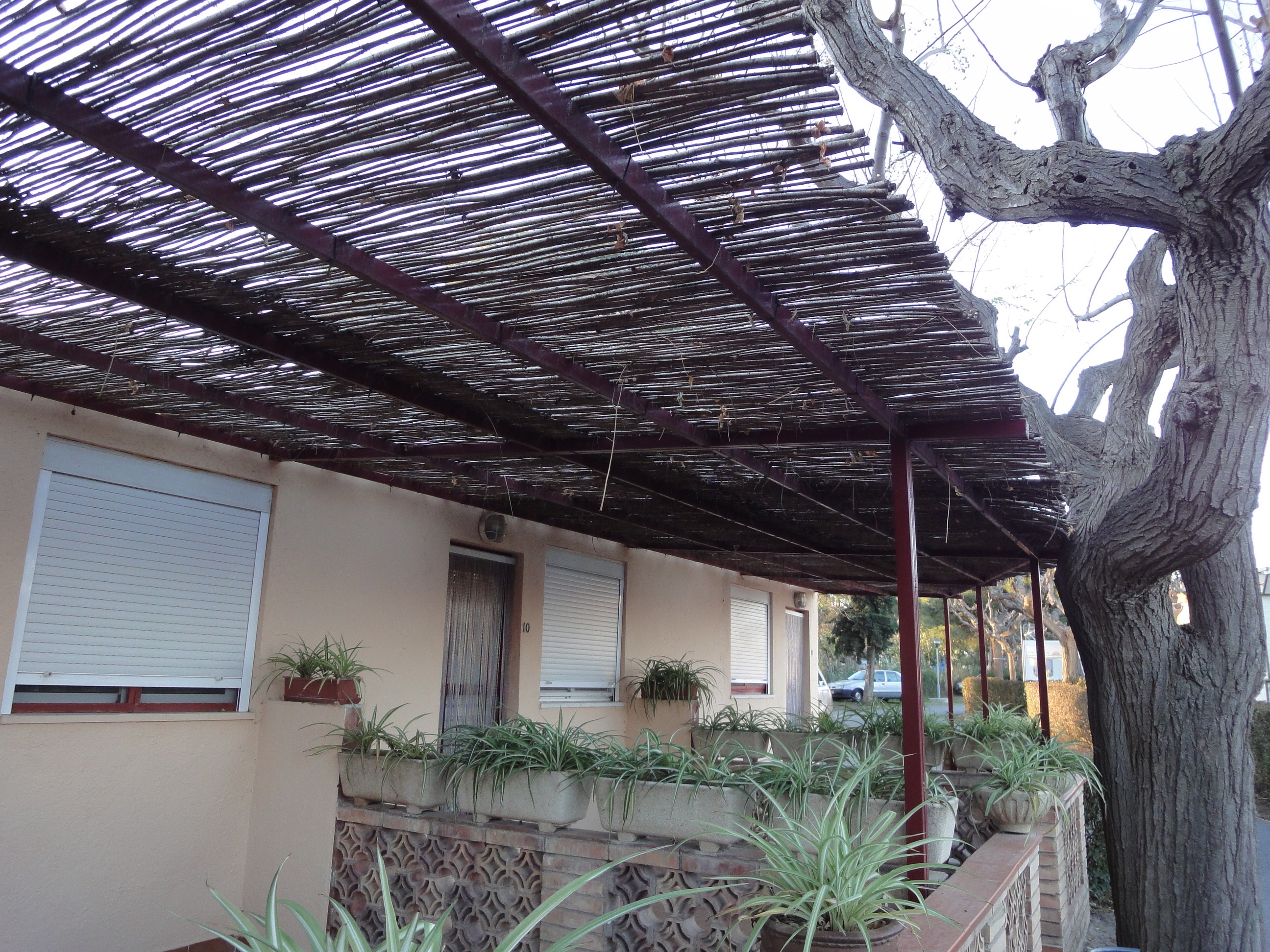